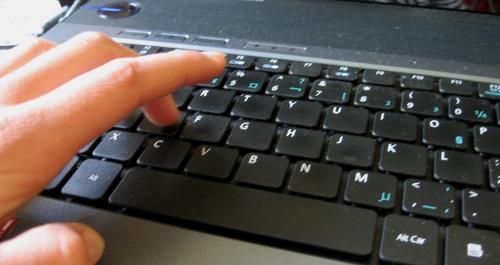 Now that it’s July, I’ve been blogging for six solid months. Time to evaluate if I’ve learned anything.

Fiction has always been my writing interest – though I have had a few non-fiction articles published – but in January I decided to try my hand at blogging. My goal for the year was just to write more. And WordPress, coincidentally enough, launched it PostADay/PostAWeek campaign right as I started this, so I committed to PostAWeek. Thus, my blog turned from being a kind of public bulletin board for posting my stories for people I know, to being an actual blog. So to celebrate six months, here’s what I’ve actually learned:

1) Writing Improves Your Writing: Wow, how very unexpected. But actually, I found that even though writing non-fiction is very different from writing fiction, doing any kind of writing at all teaches you to flip that little switch in your brain over to “creativity.” Every time you write you have to find the right words to describe what you’re trying to say, and this only gets easier with practice. I think this point alone makes blogging worth it – even if no one ever reads what you write here (which doesn’t happen), or you never become famous or make loads of money (don’t try blogging if that’s your goal), the practice alone is worth it.

I confess I have used blogging as a kind a warm-up before settling down to write some fiction. And blogging also teaches you tricks such as how important the first sentence (and the title, and the subheadings) actually is. And how to be just plain entertaining. Not that I’m a professional blogger by any means, but I’m better at it than I was.

2.) It’s Not Nearly As Hard As It Looks: I was afraid I wouldn’t think up a topic for every week. I was afraid I wouldn’t have time to write (Come on, Harma, you always make time for things you truly love). But, somehow, I keep coming up with enough ideas to keep going for another week – and if I have extra I jot them down for a week when I don’t have any ideas. Because I was in university, I committed to PostAWeek instead of PostADay, since I thought I wouldn’t have time. But every week I’ve somehow managed to get two posts a week up, and sometimes three.

3.) You Don’t Need To Be A Computer Whiz To Pick Up Technology: I have a basic idea of how computers work, and I can troubleshoot to some extent. But run a blog and you get to learn how to link to pages, come up with cool graphics, figure out how to work the Creative Commons, and promote what you write. The WordPress Support pages are fantastic. I pick up useful tips on how WordPress actually works, such as the fact it pings search engines about updates so I don’t need the worry about that (I never would have thought of that, actually). And that tags work best if you’re got five-to-ten a post, instead of hundred and hundreds of random ones. So much stuff about the internet that I never thought about before.

I’ll end this post off with one last thought – previously I used to lurk a lot on the internet, reading what others wrote but not interacting often. With blogs, you have a handy way to meet and start conversation with all sorts of people. Also, I don’t know a lot of other writers personally. But now I can talk to other bloggers with the same dreams as me, and learn a whole lot more about how the publishing industry works.

I’d like to shout out to a couple of people who’ve been visiting here often lately (commenting at least twice in the past month): Barbara Thayer, nkeda14, Zechariah Brewer, Liz Hellebuyck, cocomino, wendythecactus, Babybird, and Alexia. Why not check out each other’s blogs if you haven’t met yet?

Opinions? Let me know below!