Why Writers Should Take a History Degree 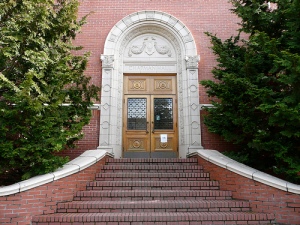 “Take journalism,” people will advise young, aspiring writers who feel they should go to university to get a degree in something. “You’ll learn more about writing, and get a practical job out of it too.”

Clearly this was not advice I took, or could take, since none of the colleges around where I live offered journalism as a degree. And journalism looks less and less like a practical career when you look at the declining numbers of jobs in journalism, but that is beside the point. Somehow, this advice always sat strangely with me. Because journalistic writing and fiction writing just seemed so different to me – one is so succinct and factual, and the other attempts to take you out of the real world. I’m sure there are many advantages for writers who take journalism degrees, including meeting other writers and learning to meet deadlines (though you’d think most degrees would encourage you to learn to meet deadlines by holding the threat of failure over your head). But I don’t think journalism is the only degree an aspiring writer should consider, or even the best degree for every writer.

And that’s why I’m going plug the degree I ended up taking, History, as a good option for writers. The drawback is that the obvious job path after you graduate is not as clearly laid out as in journalism. But there are several advantages to writers:

You Have to Write. A lot.

People who hate writing papers avoid history classes, because they know you almost always have to write a paper in them. And while writing two thousand words on the Cuban Missile Crisis may not appeal to every fiction writer, part of being a writer is learning how to produce. Get those words out of your head, somehow, and onto the paper. Get over the fear of what other people will think when they read it, and just start putting something down. (For me, the fear of what other people will think of my writing still ties me up in knots, even if I know my prof might be the only one who’ll ever read it. At this point, pouring words on paper, even if it’s gibberish, is probably the only way to get over it.)

You also, as I mentioned before, have to meet deadlines. If I had a few more strict deadlines on my fiction writing, I might get more of it done.

You Have to Learn to Research. Properly.

I barely passed the first paper I ever submitted in university, despite being a writer all my life (this was a nursing paper, before I switched to History, but still). I struggled with how, exactly, to combine all the facts I’d researched with my own voice, and organize it into something coherent that someone else would understand. I’d never done anything like that in my highschool life. And all my fiction I’d written up to this point was either set in made-up fantasy lands, or non-specific towns in a non-specific period in history (don’t use that as a setting, by the way, it’s a bad idea). But like I said above, in History you have to write. And the only way to get better at something is to do a lot of it. Writing good academic papers was never the top life goal of mine, but through doing more of it I did move from ‘barely passed’ to having a prof write ‘good paper!’ across the top.

Writers who persevere will have their research skills overturned. They’ll learn how to structure and organize a paper. And they will be able to insert their own ideas into the world of thought that already exists.

Academic writing and fiction are very, very different. But you often do have to do research when you write something, because you rarely know everything about everything you’re writing about. Organizing a chunk of information into something readable, in any genre, is always a skill worth having. And on top of all that, I do believe fiction authors are in an unacknowledged dialogue with each other, just like academic writers always claim to be. We fiction-writers riff off each others’ ideas too, or firmly reject the way another author tried to approach some part of everyday life.

You Learn About the World You’re Trying to Write About

I’ve heard the argument that writers should use university not to learn to write better – which they can do on their own time – but to expose themselves to as many ideas as they possibly can, in order to write about the world better. And I think that true, and there is one advantage a History degree has over Journalism. Because in History you learn that the world was not always the way we see it today, and people did not always think the way we do. I am ever so thankful I took a bunch of courses on Classics, because I knew almost nothing about ancient Greece and Rome, and those cultures are the basis for most of our society. And if someone randomly references the Battle of Thermopylae, Oedipus clawing out his eyes, or the wrath of Achilles – do you even know what they’re referring to? I know five years ago, I wouldn’t have, but now I see references to these all the time. And half the time the references are used wrongly, so knowing how to avoid that is another benefit.

It also shakes you out of the egoism of your own time. We tend to think things have always been this way, because that’s the only way we remember. We judge people who lived before us because we think they believed exactly the same things as we d0. But if you learn to approach the past on its own terms, your mind can be blown away by how different it is.

And that is why I’m glad I’m taking a History degree. I truly think my writing has been improved because of it. And I’d recommend it to any other writers out there, who are trying to decide which degree to take in university.

Filed under History, On Writing

One response to “Why Writers Should Take a History Degree”