2 Things That Scare Me About Going (Back) to Brazil 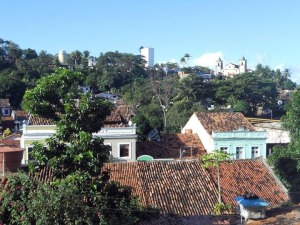 I’m doing better this time – last year I wrote about the 3 Things That Scare Me About Travelling to Brazil, and this year it’s only two things! Two minor things, as you’ll see below. The real reason for this post was to let all my lovely readers know I will be leaving in a week and a half, so while this blog will continue to be updated, my responses to comments, etc., will be slow. Also, I wanted to leave plenty of time for you all to tell me if there’s anything you want me to write about Brazil. Are you setting your next work-in-progress in the exotic setting of South America? Have you always wished to travel to the Southern Hemisphere yourself? Did you just realize you know absolutely nothing about the continent below North America when your know-it-all friend informed you they speak Portuguese in Brazil, and not Spanish? If so, submit your questions and topics here, and I’ll do my best to write a post about them!

Anyway, back to the two things that scare me:

Starving to Death in the Airport

As I’ve written before, I am a celiac – which means I can’t eat anything contaminated with wheat. Now, plane food isn’t great at the best of times, but if it’s covered in bread crumbs or wheat-based sauces, it’s downright inedible for me. Most airlines offer a gluten-free option, but there’s always the risk the message doesn’t get through, and your specially prepared meal doesn’t get loaded on the flight. Last year, I was fortunate enough to get dinner on the way from Chicago to Sao Paulo, but the breakfast was all bread-based. Therefore, I was starving by the time we landed. And then I ran into the language barrier – my Portuguese was so basic I couldn’t manage to ask what the ingredients in the fast food all were. Not that fast food places are ever great places for asking what’s in their food (even at home, I generally avoid there). By the time I eventually got to northeast Brazil, I finally managed to convey to one fast food worker that I wanted to buy something to drink. It took a lot of handwaving and confusion. But food was beyond my sign language, so I just stayed hungry until I got my suitcase and could unpack some of the snacks I’d brought along.

This year, I get to spend even longer travelling, because I have a longer layover. At least it’s in the States, where they speak English. So my chances of starving are pretty slim, not to mention the fact I’m slightly more confident in Portuguese now (though I’m afraid I’ll never be fluent!) Still, travelling is stressful at the best of times. Being hungry on top of that is never fun!

What was it I loved about Brazil last year? It’s impossible to put into words – just the feeling of being there, the atmosphere, the difference from North America. But nothing is ever the same twice. Nothing ever goes exactly as you expect, and I know enough about life to know things always change while you are away. And maybe it’s that sense of not quite knowing what to expect that makes things so exciting the first time.

Fortunately, I know that often the second time is just as good. After all, I’ve been to the Netherlands several times, and it’s always been so pleasant that I want to go back. Things can be just as good in a different way. And no matter what happens – even if I feel like an ignorant gringa the whole time, annoying all the native Brazilians with broken Portuguese – I’ll still be back in Brazil. Back in that crazy, interesting country that turns all my assumptions about how the world works upside-down. I guess that’s why I loved the place so much!

So there you have it! There’s still some time before I jet away, so there’s plenty of time for suggestions for posts. I’d better go practice some Portuguese 🙂