The Pleasures of Re-Reading 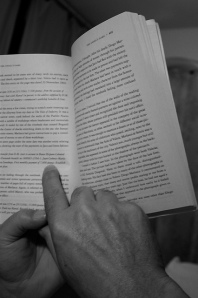 Some novels can stand up to the pressures of being re-read over and over – Lord of the Rings, Howl’s Moving Castle, Pride and Prejudice – and get better and better each time I read them. To come back to them is like finding a comfortable old friend, to pay more attention to sections I merely skimmed over before, or to open my eyes wider and wider to the genius of the author. Other novels fail this test miserably. Still others that don’t seem all that great on their first reading actually improve once you’ve read them multiple times. I’m not sure why that is. Either sometimes the story benefits because I know exactly what the plot is and where the author is trying to go, or somehow all the little annoyances get less annoying the more I read them. Anyway, here are a couple of novels I’ve experienced this with – which just goes to show that not judging on first impressions extends to more than just not judging a book by its cover!

Emma, by Jane Austen:
You probably think I’m the biggest fan of this book, especially after posting that “missing chapter” on this blog last Saturday. Actually, for the longest time I never understood why so many fans of Austen’s work liked this book so much. Not that I thought it was exactly lesser quality of prose than anything else she wrote, but she seemed to demonstrate rather too well how little went on in the life of a well-bred young lady in that time period – how closed and confined her society really was. All Emma does is drive into town, or visit with her neighbours, or “cheer” her father’s spirits. I had nothing against the general plot, but I thought the author could’ve cut out some long passages of “nothing happens.”
Here is an example of what I mean by a book being better when you know where the author is going. The first read-through you are completely guided by Emma. But all those long passages of “nothing happens” are liberally sprinkled with clues that point exactly to the ending, and you have to be as blind as Emma to miss them. It is a joy to read them over and figure out what they all mean. Frank Churchill is not fixing Mrs. Bates’ spectacles merely out of the goodness of his heart!
I have to admit, it took me at least three read-throughs to appreciate this one, but now it has gone up my hierarchy of Jane Austen’s novels. All I can say is – worth the effort.

Good Wives, by Louisa May Alcott:
This is the sequel to Little Women, and is in fact packaged in the same volume as Little Women in most editions. I actually read it long after I read Little Women, and thought it far weaker than Little Women, Little Men, or Jo’s Boys. Again, it took me three times reading it to appreciate it on its own.
*Spoilers ahead*   Surprisingly, it was not the much complained about fact that Jo does not marry Laurie that bugged me about this book. I don’t really mind that Laurie marries Amy instead. I never saw it coming, but I find their relationship relatively sensible. Professor Bhaer came way out of left field though, and I could not see him as a romantic interest (in fact, I still see him as a better husband and father than a romantic interest – not all good husbands make good heroes of romance novels, remember that!) And I had no idea why Jo went off with him to start a school, since to my younger self “starting a school” was unheard of – all schools I knew were institutions and not run by random individuals. In fact, probably most of my displeasure with the book came from reading Little Women when I was so much younger – I accepted Jo and Laurie as just good friends, and Jo as rather motherly towards him, and to see them hurting each other as a result of misplaced romance was just weird. And Beth dies, when the high point of Little Women is that she lives after her illness. And so on. I had to get over my preconceptions to fully enjoy it. And once I did, my opinion of it rose.

Two examples are probably enough for now. There’s plenty more books I have NOT been able to get into, despite the number of times I re-read them (I could never get into Emily of New Moon, despite loving the Anne of Green Gables series). Who knows, maybe I just have to re-read them a few more times.
What about you? What are your favourite books to re-read, and has re-reading a book ever changed your mind about it?

This post comes to you on Friday, not Thursday, which I think will become the regular schedule for this semester. Class-wise, it works much better for the next couple months.

9 responses to “The Pleasures of Re-Reading”