Five Reasons Today is Blah, and, Is There Any Hope For the Future?

Yes, I get these too. Far too often, probably. I guess I shouldn’t be surprised, after five and a half weeks of excitement in Brazil, that I’d have a blah day once in a while when I got home again. Still, blah days are this awful middle ground when you don’t feel great (or even energetic, for that matter), but you also don’t feel down enough to be depressed. You don’t really feel like anything. It’s kind of yucky, actually.

My current blah day probably has something to do with:

If it’s grey outside, I’m grey inside. Since I grew up on the sunny prairies, I need a lot of sun in my life. Rain makes me feel all cold, sticky and wet, even if I’m not actually standing in it. Fortunately, in Brazil, there was always hope it would clear up quickly, even though I was technically there in the rainy season.

If the weather changes this weekend, I’ll probably feel better too. 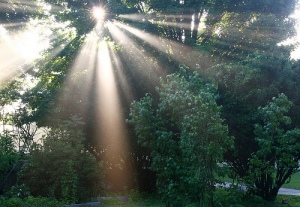 School starts next week. Actually, I love school, so it’s weird that I’m so ambivalent about this. But lately I’ve realized being a student is such a selfish existence – you’re studying so you have a better future, you’re spending money (or going into debt) so you have a better education. Not that a good future or good education is a bad thing. It just makes you so inward-focused. If I don’t do some volunteering, or contribute to society in some way this upcoming semester, I’m going to feel like a useless human being.

Missing being around people:

I’m not that good with people. I’m not exactly outgoing, mind-blowingly witty, or the type that brings people together. That doesn’t mean I don’t like being around people – in fact, I find people-watching fascinating. That’s probably why I’m a writer (instead of a party planner or something). While in Brazil, I was around large groups of people almost twenty-four hours a day, and now suddenly I’m not. At least until school starts again…

Guilt at not writing:

When you’ve got the blahs, you feel like nothing you write will ever be worth anything to anyone. So why bother trying? Which is why I ended up writing about blah days, instead of the world-changing, thought-provoking topics I should be writing about… (just kidding, since when has this blog been world-changing?) 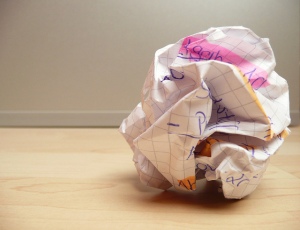 The good thing about blah days is that they always go away eventually. What causes the blahs for you? And how do you get over them?