Three Posts (and Books) Worth Reading

Blogs are supposed to end the year with a top-ten list. Looking back over my year, I realized there are a few posts whose messages really are worthwhile, but I don’t feel the necessity to list ten of them. Here are three, in the order of popularity:

You Might Relate to Mary Bennett, but You’re Not Supposed to Imitate Her
This is a post about a one-trait character showing all the reasons you shouldn’t be a one-trait character. As I said in this post, I myself have a tendency to view intelligence as my defining characteristic, but I found a remedy for that this year. Find people more intelligent than you! Let this post convince you of the necessity of being a well-rounded person.

Out of the Silent Planet Awoke My Imagination – Let It Awake Yours Too
This is a post about how I should not have enjoyed Out of the Silent Planet, but I did. It breaks some of the cardinal rules of fiction, and still manages to blow your mind.
If you’re on the fence about reading C.S. Lewis’ Space Trilogy, let this review convince you. And if you’ve read it, let me know whether you agree!

Have a wonderful New Year!

Tagged as Mary Bennett, Out of the Silent Planet, The Lion the Witch and the Wardrobe, top ten 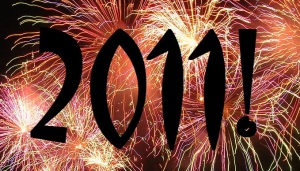 OR, Why People Read Stories and Stuff

It’s Quotable Wednesday today, and since it’s coming up on a year since I started blogging regularly, what better way to celebrate than to quote myself? So here is a list of the Top Ten Most Viewed posts of 2011, brought to you by Stories and Stuff.

First up: The Case for Ugly Romantic Interests

I guess I wasn’t the only one who noticed how rare ugly romantic interests are. And strangely enough, I left Shrek off the list, though he’s one of the most obvious ones.

E-publishing is an extremely hot topic among writers at the moment, so I guess this isn’t a surprise. Once my experiment is a little more under way, I may update on how the journey went sometime.

3.) Do You Need to be Younger than 40 to Write Great Novels?

I have no idea why this one is so popular, since I never thought about this question till I read the article about it. Still, the question is intriguing when you think about it.

This one was a surprise for me also, but I guess frustration is a very common human emotion. This post was on the frustration of not being able to find time to write while being in school.

5.) Fanfiction: For Geeks Only?

I never realized quite how popular fanfiction actually was, till I wrote posts about it. I kept it quite a secret for a long time that I wrote fanfiction at all. This post was about how useful writing fanfiction can be for a writer.

The last 5 posts will be my fiction posts, since it makes sense to me to list them separately. The fiction and non-fiction were all mixed together in my stats lists, which again surprised me, because I thought less people would read fiction online than blog posts. Anyway:

1.) Chapter 1: On the Train to Hogwarts (Unexpected Situations)

Yes, my fanfiction beats out all my original works. Oh well, Harry Potter is very popular, so this makes sense.

Really? My poetry comes in a number 2? Or do people really search “limerick” that often, and click on whatever pops up? I can’t say this is an especially good limerick.

3.) Thoughts of Mr. Knightley, A Missing Chapter from Emma

I’m glad people appreciate Emma as much as I do.

Good, my most recent story is well up there. Introducing Polly, and how she begins to get into scrapes with princesses, enchanters, and dangerous magical creatures…

Okay, I could put one more fiction example, but I want to put two commonly searched terms in the last spot instead. One term is “abolish the monarchy.” Apparently my post on The Royal Wedding – Will We Abolish the Monarchy? hit a chord with anti-monarchists. And the other term is “Edith Tolkien.” I had no idea she was so popular.