Are Americans Obligated to Hate Royalty?

Curiosity about American Declarations of Non-Interest in the Royal Wedding 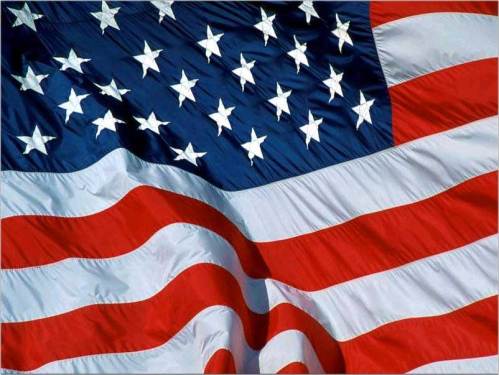 I already blogged about the Royal wedding last week, and wasn’t planning on mentioning it again, but these past couple days several articles about why Americans shouldn’t watch it have been plastered across the news sites. They go from declaring, “if you get up at 3 a.m. on Friday to watch the wedding on television, you are a traitor to your country,” to announcing, “America’s infatuation with the upcoming royal wedding means that we basically loathe all the values upon which our nation was founded.” I guess because they kicked out King ­­George back in 1783 or something, and this means anyone who so much looks at a picture of William and Kate is stabbing their country in the back …(okay, that’s an exaggeration). My first reaction was – whew, I live in Canada so I can be interested in it without feeling guilty – until I realized there’s enough Canadians out there who’re against the monarchy as well. So nationality doesn’t cut it – Christian Hitchens, who I mentioned last week, is British himself. Which just goes to show that being a monarch is a rough job nowadays – everybody hates you.

But these articles seem pretty vocal. Maybe they’re all just tired of over-exposure. What I don’t understand is how watching the wedding = supporting monarchy = a betrayal of United States’ proud history of democracy. Okay, I’m not deeply attached to the institution of monarchy, but I’m interested in the wedding anyway. Why? Well, as I said before, I discovered I have a mushy romance streak in me, I’m just plain curious, and I still think princesses and princes have a certain mystique (even if they’re just plain ol’ people). And can’t you just watch because you’re rooting for the marriage to succeed in a family where so many marriages haven’t?

But, I’m not American. And other things about America are mystifying to me (eg: their whole health-care debate), so I could be missing something here. I mean, I haven’t heard anyone calling for a replacement of Obama with “King William and Queen Kate.” Plus, the American Revolution was two hundred years ago, and I though America and England were good buddies now? You know, helping each other out with wars and all that? Isn’t the least you can do is be happy for the other country’s little celebration?

By the way, I guess a future post should address the reasons monarchy is so interesting to me – because they’re such a useful trope to use in literature!

What’s your opinion? Can you watch the wedding without guilt?

The Royal Wedding – Will We Abolish the Monarchy? 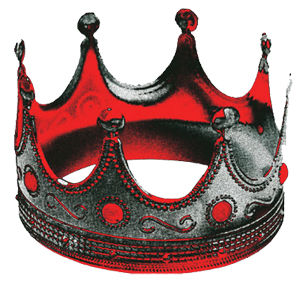 Next week Friday is the day Prince William and Kate Middleton are set to tie the knot, and I’m definitely going to watch. (Exams? What exams?) I never paid much attention to the ups and downs of their eight-year relationship, but I know when they showed up on the front page of our newspaper smiling into each other’s eyes, with Kate waving the blue sapphire engagement ring that was once Diana’s, my heart melted into a puddle of gooey mush. I never knew I was such a sappy romantic until that moment.

Now, I’m probably going to get a pile of cynics jumping on me here, complaining William and Kate are far too “over-exposed,” and that they’re sick of hearing about them. Or that royalty is the stupidest institution ever, and why are people paying so much attention to it? Or that this whole wedding thing is only a smart PR move to rehabilitate the Royal Family’s image after the debacles of Charles-and-Diana and Andrew-and-Sarah-Ferguson. All of which could be true. Thankfullly, where I live in Canada, the news has not turned into a 24-hour-a-day stalking session on William and Kate’s wedding plans, so I don’t feel too over-exposed to them (though I can completely see how some people might be). And there are some downsides to the whole Royalty institution.

While Canada is technically ruled by the Queen, we’d be up in arms if she actually tried to tell us to do anything. And don’t even get started on the endless rounds of complaining we get if some politician asks her representative, the Governor General, to lift a finger. To me, that just goes to show the downside of being Royal in this day and age – you get all the annoyances without many of the perks (you know, perks such as unlimited power, endless wealth, and the ability to chop the heads off anyone you feel like). Instead, Royals nowadays get to have their every move scrutinized by the media, have their lives speculated on from their birth, and generally be a the mercy of the opinions of the people they rule. Think about it – would William be marrying Kate if everyone in Britain hated her? Not too likely.

So Christopher Hitchens’ recent advice to Kate Middleton in Slate magazine caught my attention. In short, he tells her to run. Or at least, help abolish the monarchy. While he makes some good points about the shortcomings of the family she’s marrying into, and the uselessness of monarchy, I don’t see us getting rid of the Queen anytime soon.

Because, as vehemently as Hitchens (and non-monarchists) deny it, there is some kind of mystique that still surrounds royalty. Maybe it’s all those fairytales we hear as kids, or maybe it’s Walt Disney’s fault. All the same, we want to look up to these people in some way. Especially with William and Kate – we want them to claim their victory over the tragic past. To put the ghosts of Diana that still haunts pop culture to rest. To demonstrate a future of being young, vibrant and in love, and that there is hope marriage is about more than ending up old, bitter and divorced twenty years down the road. That, whatever the personal faults of the Royals (including the Queen) might be, they will continue to head the people with a grace and dignity sadly lacking in many politicians and “stars” today.

Idealism, I know. They’re flawed, just like us, and they’ve got to carry the burden of being looked up to and being violently denigrated at the same time. But at the very least, this wedding should be something to see. Kate Middleton seems to have a decent sense of style – wonder what her wedding dress will look like?