The Message on Manhood in Young Adult Novels – Or, What Should We Teach Boys? 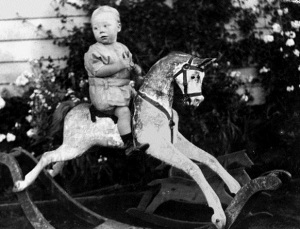 “But as we debate ad nauseam whether, for example, Bella Swan is a dangerous role model for young women, we’ve neglected to ask the corresponding question: what does it tell young men when Edward Cullen and Jacob Black are the role models available to them? Are these barely-contained monsters really the best we can imagine?”

– YA Fiction and the End of Boys, by Sarah Mesle

When I read the above quote, I realized it was a huge question than I’ve never considered. To be upfront and honest here, I’ll admit I don’t have an encyclopedic knowledge of all books with male protagonists, or even know what the best-sellers in the YA genre are (other than the really major ones like Twilight and The Hunger Games). But I’ve always hated how Twilight teaches young girls that romance will be magical and perfect, and how The Hunger Games allows Katniss to string along two guys forever without ever caring how that makes the guys feel. I’ve always considered what the impact will be on girls, likely because I am a girl. But yes, what do books teach young boys?

Well, my first instinct is to say boys don’t read Twilight because they want to be like Edward. Will boys actually want to become a moody, sparkly boyfriend who tries to keep his girlfriend safe by disabling her truck and not allowing her to go anywhere, all as a result of reading Twilight? Maybe not, but that doesn’t erase the fact that there really is no message for boys about how they should be, just like the only message you can take from it for girls is a really bad one. And stereotypes aside, boys do read, and some even read Twilight. We worry so much about teaching girls to be strong, independent and intelligent, that sometimes we forget to wonder what we are teaching boys.

Part of the problem is, as Sarah Mesle says in the article I quoted above, that it’s difficult to figure out how our society actually thinks men should behave. We have lots of stereotypes, of course: the overgrown child who lives in his parents’ basement, the slacker who plays videogames all day…or the womanizer, the muscle-bound dimwit, the emotionless action-hero. The great thing about literature is that it can examine stereotypes such as these, and subvert them. But replace them with what? Good values for men appear to be not abusing any power advantage their might possess as a result of society structures, and probably not getting too absorbed with their masculinity. Because we are not sure, in contrast to many cultures before us, that masculinity is really a very good value.

So we skirt around the issue, neglect to think about it, and forget to talk about it. But maybe literature is a good place to explore the place of boys and men in our modern world. After all, “how can a boy become a good man, if he doesn’t know what that would mean?”

Like I said above, I am by no means an expert on the YA genre, but let’s take a quick look at a few I have read. I mentioned Twilight already, and I really hope both boys and girls aren’t taking lessons on how to behave from those characters. Masculinity appears to consist of being a tightly controlled monster who is tightly controlling of female characters. Another big hit was The Hunger Games, with two nicely contrasting male characters. In this book, I got the feeling that Suzanne Collins was actually attempting to include a message to boys – that’s it’s okay not to be the big, manly hunter, and that boys who like baking can be useful in tight situations too. For some readers, it seemed to work, considering Peeta is a pretty popular character. I got annoyed at how being a decent guy meant letting a girl walk all over you, but maybe Collins was attempting to show passivity as not being bad either. (I still can’t buy that). And last up is the Harry Potter series, whose popularity seems like eons ago now that all these other book series have cropped up – but hey, it was a major series, and it had a boy as the hero. Harry Potter does have something to say about a boy growing up, and takes an oddly old-fashioned approach to it. He learns to take on responsibility, self-sacrifice and concern for others, not too different from the 19th century heroes Sarah Mesle talks about. But then, the wizarding world is a bit of a throw-back itself. How this journey would play out in the bland world of Privet Drive isn’t really explored.

(All the same, would you count Harry Potter as a good role model for boys? Have you read any YA books lately with an interesting take on “manhood”?)

Sarah Mesle’s argument is, in the end, that the rise of feminism should not mean the end of conversation on what “manhood” is for boys. Because one of the points of feminism was to gain new perspectives on both genders. Now, I have a funny relationship with feminism in general, because I do not agree with everything feminists talk about, but I can agree with this. Both masculinity and femininity can be taken to an extreme, both can be abused. We shouldn’t be afraid of pointing out stereotypes, or criticizing what traditional views of males and females get wrong. But we can’t focus on one side of the conversation only, and instill what we decide are good values in our girls, without setting up some sort of target for the boys to shoot at. And this includes the way writers write for them.