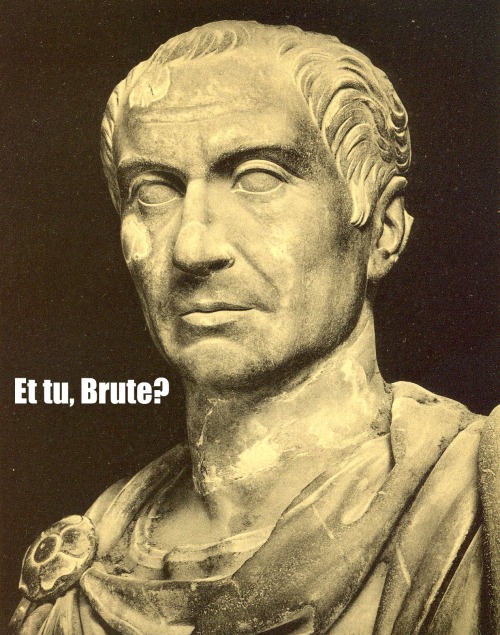 “Be the change you wish to see in the world.”

Delightful little quote, isn’t it? I’ve seen it plastered all over the net, on T-shirts, on bumper stickers. But it nicely illustrates the problem of using quotes, especially ones you find on the internet. According to Wikipedia (behold the reliable source of internet wisdom!), there is no evidence that Gandhi ever said this. Now, he did say something like it, namely, “If we could change ourselves, the tendencies in the world would also change. As a man changes his own nature, so does the attitude of the world change towards him. … We need not wait to see what others do.”Try fitting that on a T-shirt!

I promised a post for a while about wading into the miry water of who said what, when, and whether they actually said it. As far as I can tell, there are several issues with quotes, some of which I’ve run into with my weekly series of quotables (‘A Thought From…’):

1.) Putting a famous name behind a quote gets people to read it.

Who’s going to read a quote from George the plumber who lives down the street? Unless your plumber is very witty. (Then you can start a website, “Stuff My Plumber Says.”)

Think about it – do you have someone running around behind you with a pad of paper, writing down everything that comes out of your mouth? Neither do I. Now, in the age of the internet, it’s a little easier to find videos on Youtube of people saying things they claim they never said, but for the people who’ve already died – tough luck. (For example, did Caesar really say “Et tu, Brute?” when he died? We’ll never know. And Caesar was actually famous!)

3.) They may’ve said something mildly insightful, but it was hardly catchy (see Gandhi quote, above).

Sometimes anonymous editors come up with better ways to phrase an idea. Sometimes the great thinkers were absolutely awful at communicating. So the anonymous editor doesn’t see anything exactly wrong with boiling down the thinker’s message to one pithy quote, and pasting it over pictures of LOLcats or something else equally eye-catching.

And there you go, once a quote becomes “common knowledge,” it’s pretty hard to bang it into people’s heads that we don’t know if the guy (or girl) actually said it.

Oh, Machiavelli, you pragmatic scholar! Doesn’t this neat little phrase fit our picture of him? But according to our dear friend Wikipedia, a more literal translation, is “One must consider the final result.” (according to Peter and Julia Bondanella of Indiana University).

Yes, translations are another sticky area with quotes. Let’s talk about that later.

“Pride comes before a fall.”

One of those common phrases EVERYONE knows is in the Bible, but actually isn’t (similar to “Spare the rod and spoil the child,” and, “God helps those who help themselves.”). It’s actually a rewording of  Proverbs 16:18: “Pride goeth before destruction, and an haughty spirit before a fall.” (KJV).

Actual quotation: “Power tends to corrupt, and absolute power corrupts absolutely”. Inserting ‘tends to’ sort of interrupts the nice tautology of this phrase, but it’s probably more accurate. (This also goes to illustrate sometimes what we think a person said is almost the same as what they actually said, but not exactly the same. This happens a lot with Shakespeare too.)

I hope you weren’t under the impression Marie Antoinette actually said this. It’s a truly fun quote, making the decadent monarchy seem completely out of touch. But see here for more info on where it actually comes from.

By the way, my favourite not-actually-said-by-Marie-Antoinette quote is, “In times of a crisis, it is imperative not to lose your head.”

Filed under Quotables, Randoms & My Life