Travel? Research? – Getting Your Setting Right

OR: Write What You Know, Or Risk What You Don’t Know 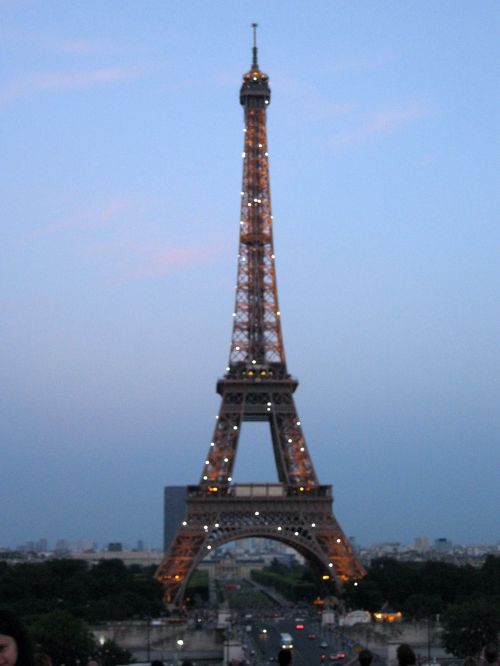 Paris, City of Light - What would it be like to live there?

I always wonder if writers have visited or lived in the places they write about, and if they haven’t, how they feel comfortable enough writing about places they’ve never been. I’m always incredibly afraid of messing the place up and getting some hypercritical reader listing off all the details I got wrong. Which is why most of my stories have been set in Western Canada, or some fantasy world I made up.

I’m sure professional writers have a way of getting around this, but it seems to me that writing about a place you don’t know very well would involve a daunting amount of research, or an expensive travel habit. One solution, I suppose, would be to write about places you’ve already seen on vacation. For instance, I could try to write about Holland, or maybe Seattle – and after my trip to South America this summer (stay tuned for more details on this later!) I could write about Brazil. But I would still be afraid of writing a “touristy” description of the place, without the knowledge of what it’s like to actually live there.

A shortcut around this, of course, would be to make the main character of such a story a tourist. This might be one example of what I mean by saying professional writers develop their own ways of writing convincingly about their settings. I recently came across this post by Dean Wesley Smith about how all too often writers use research as an excuse not to write – they haven’t done the research so they can’t write the story. And, of course, the research looks so daunting they never do it, and the story never gets written. Dean Wesley Smith is of the opinion true writers find ways to keep writing no matter what. Because a writer who never writes is never going to make it.

A street in Northern Holland

That’s why I’m scared and reluctant to write about a place I’ve never been. I think at least visiting a place gives you an idea of its atmosphere, and living there is even better. But maybe it would be a good idea to challenge myself – to see if I have the skill of bringing to life a place I have never been to.

All the same, travel can really open your eyes! (And stimulate your writing). Even cultures that seem similar to ours, such as Holland and the other European cultures, do certain things slightly different. That is one reason I think going to Brazil this summer will be so interesting!

How about you – have you ever read a book where the setting wasn’t convincing? Should writers stick to what they know, or try branching out a little?

14 responses to “Travel? Research? – Getting Your Setting Right”